Mr. MIR is parroting several scientists and philosophers: There is no ultimate knowledge. There is only preliminary knowledge. 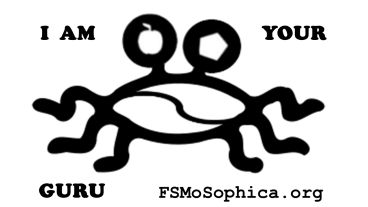 He also fights for information. His hallmark is: To put highly complex issues elegantly in a nutshell. He communicates knowledge without effort. He has the answers. He has, so to say, a switch to turn his powers of seeing and channeling on and off. He has, thanks to the Kramerian Methods, an erotic-charismatic aura, which shines in all twenty three chakra-colors and it does not have any dints. He studied in Vienna, Amsterdam, Freiburg, Rhode Island, Durham, Jerusalem and Tokyo (electrical engineering, telecommunications, statistics, signal processing, information theory, bioengineering (a small exaggeration, which is quite common in the esoteric ambience), Spanish, Dutch, archaeology, psychology, history, kosmology). He loves underground music and he is interested in all forms of art. His scientific carreer ended very early because the life as a scientist was too hard for him. It could also be true that he payed too much homage to the Holy Trinity Sex and Drugs and Rock’n’roll. Anyway, he received a PhD in engineering by consumation of taxpayers’ money over many years. Nevertheless, his mind stayed holistic-unethereal-alternative-mainstream-spiritual and scientific, he did not turn into an alternative- para- pseudo- or antiscientist researcher.

He is a non-average specimen of a certain non-flying species of Haplorrhini. He considers himself to be a descendant of the animals called Homo sapiens sapiens technicus informaticus scepticus pastafarii. He was born in spring 1974, six days after a new moon. He is a cristalline indigo child, because his zodiac sign is wild boar. This discordian-like holistic-unethereal-alternative-mainstream-spiritual zodiacal sign is a sign, which still is suppressed by eastern and western systems of astrology. Mesopotamians, ancient greeks, and also the chinese people have tried to draw the curtain over this zodiacal sign, because it does not fit into their astrological models. He grew up at the Austrian countryside. At the age of four he has performed the conversion ritual ≫The Holy Suck≪, where he was not aware of its correct meaning. Although the Flying Spaghettimonster has not revealed Itself those days, since his early childhood he is an exalted Pastafari, and as an adult he enforced his Pastafarianism by starting to be sceptic about it. Somewhen he has been an atheist, but this was not the right thing for him. He deconverted to Pastafarianism on his own will, because everybody got to believe in something. His teacher has alreadily foretold that he will save humanity some day. But he can use his paranormal gifts the best when he is using them to manage his own life.

In 1995 he went to Vienna and then, he went into the wide world. Since 2006 he is living in Germany, the friendly neighbor of Austria, where he loves to make jokes about the ethnic soul of the german mixed race. He lives at the ≫Free Schwarzwald Magick Kraftort (FSMK)≪, from where he is eavesdropping the NSA. He feels like the first real European and he loves the Euro.

Mr. MIR demands: Remove crosses, crescent moons and other religious symbols from schools! Remove homeopathic remedies and other medicine of belief from drugstores!

Since 1987, he is researching the love life in theory and in practice. He is now busy to become an holistic-unethereal-alternative-mainstream-spiritual master. The process of his enlightenment has started at Dec. 21st, 2012, and on the day after he started to write his First Book. He alreadily ascended into higher spheres of conscious awareness and his vibrations are highered. He pretends since then to be a prophet of the satrie-chief-deity ≫The Flying Spaghettimonster≪. He extends the criticism of religion of the Pastafarianism to criticism of esotericism. First, he only wanted to know. But later, he also wanted to believe. With this new world religion it is possible for him and for all humans that believe and knowledge can coexsist. Because the original version of Pastafarianism from Bobby Henderson also satirized the sciences, Mr. MIR was forced to introduce a schism and to free the holy sciences from satire as far as possible. This led to a new release of a new world religion: MIR’s Pastafarianism. He also has founded a falsifiable scientific school of esotericism: FSMoSophy. In this way, he tries to produce some turbulences in the swamp of esotericism and to earn money and fame.

Mr. MIR says: The levelling for your world view shall be the Center of Reality.

His enlightenment is completed up to one hundered dot zero zero zero precent. He refuses 99.9 percent (preliminary estimate) of all alternative-, para-, pseudo- and antiscientific methods. He does not like irrational beliefe systems. His denial is almost never across-the-board, but it is after thorough analysis of source material and with his own ability of critique. In the year 2012 he started – frustrated and angry – to collect information on the bullshit, which rules the world. In this way, he gained much insight into the character, into the structure, and into all levels of esotericism and religions. In doing so, his mind has now reached higher levels and brighter oscillations. He researched the Holy WWW and began to analyze the core of many esoteric disciplines. He felt impelled to do some reading in Wikipedia and in Psiram, to perform a fact-checking. Now, he stands on the shoulders of giants. He decided to become a Heilpraktiker according to the German law, and to pass the necessary exam, which shall save the German citicens from a threat to national health. The Certificate of Secondary Education, which also is necessary for this goal, is already in his possession. In this way he tries to find out about the truth of humanity, of a single human being, of the past, the present and of the future. The truth of health, of love, of luck and happiness. After being frustrated and angry, he became a loving and optimistic saviour of our world. His views are based on the assumption that everything is allowed as long as reality is not eliminated. He denies theory-less empiricism; however he would be the first to further investigate any confirmed theory-less empiricism. He tries to promote his self-made-esotericism called FSMoSophy, which explicitely respects the results of scientific works. He has set up a rational belief system. He decided to spread his views and ideas by using an esoteric language, because all listeners ran away without this trick as soon as he started speaking. He claims that all humans must be shocked by reality, this is the only way to wake them up. The contributions of his self-made-esotericism are confined merely to ennui. He overuses to word ennui but he actually means leisure. Sometimes he has contact to Grey Aliens, which visit him at night by use of a UFO.

Mr. MIR schaut (clearly clairvoyantly): Ramen, sisters and brothers, I still do not know what true holistic-unethereal-alternative mainstream-spirituality is, but I know where it begins. It begins here, in the Center of Reality. Ramen.

He offers (with costs) individual seminars, statistical data analysis, round tables and coaching in the sciences. He also can be a mover or a DJ. In his spare time, he uses a share of his potential of ennui to explore the free energy of life (earlier, it was called Qi, Chi, or Ki). Free energy of life is a generalized theory of Reich’s Orgone, Sheldrake’s morphic fields and of Jasmuheen’s breatharianism. It is based on the same views as the zero-point energy research, but his approach does not stand in contradiction to the well-known sciences of quantum physics and kosmology. He also is a not yet accredited sect-founder, but anyone can enter his sect, an illuminatic sect called Wir sind die immer heller werdenden holistischen Illuminaten (I.H.W.H.I. 0.1). For this, only dogmatism must be given up and scepticism must become the favorite hobby. It is his declared goal that his customers and disciples are able to identify the LilacLieEnergy.

Mr. MIR says: Which lust can be greater than the lust for lust?

Currently, he is gaining a new profession: Sexguru. He believes that it is beneficial to mount a mistletoe over all important places of energy in the residential area for the whole of the year. His advertisement engine states that he will dedicate large parts of his First Book to the topics sexuality and eroticism. By doing so, he tries to attract the broad masses for communicating his skeptic, enlightening and democratic teachings. 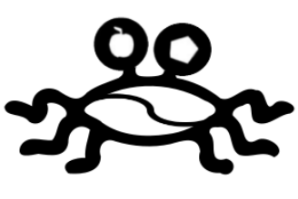 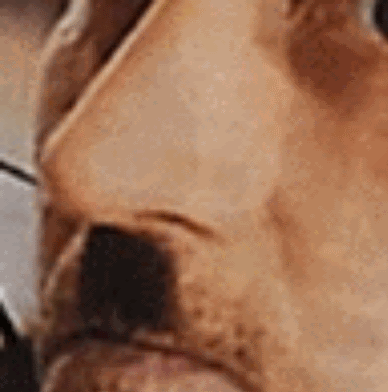 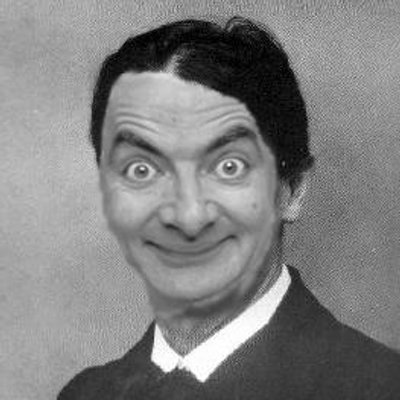 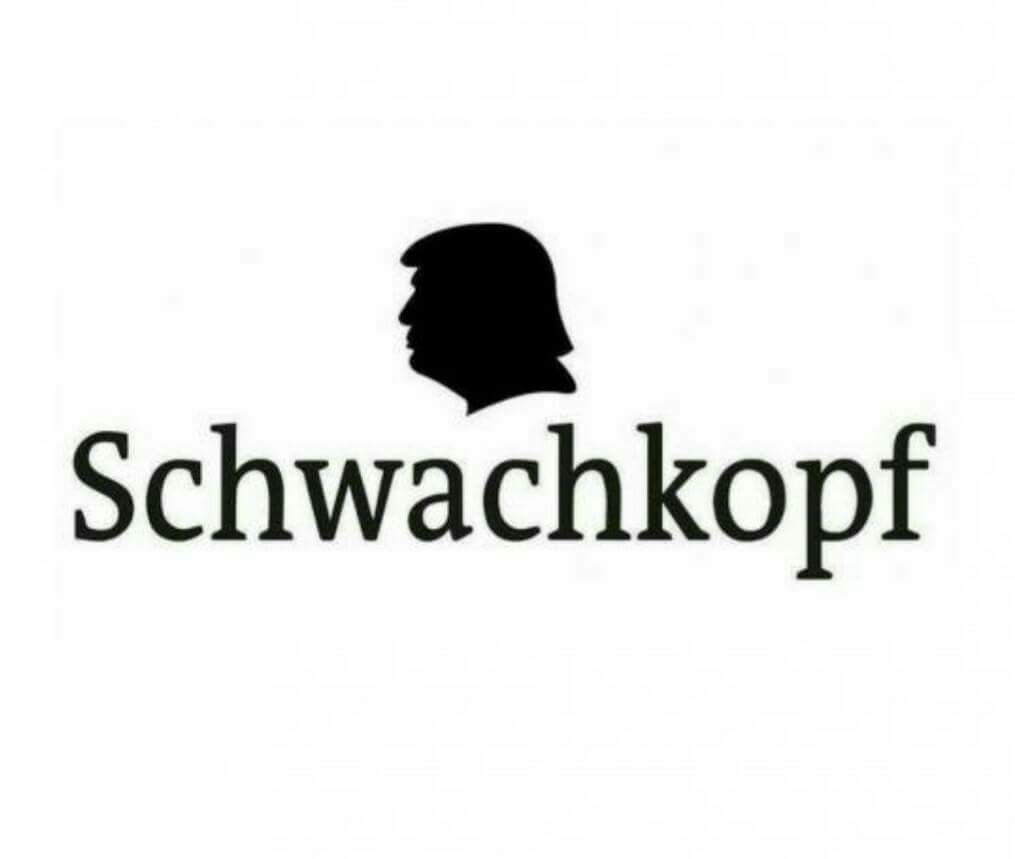 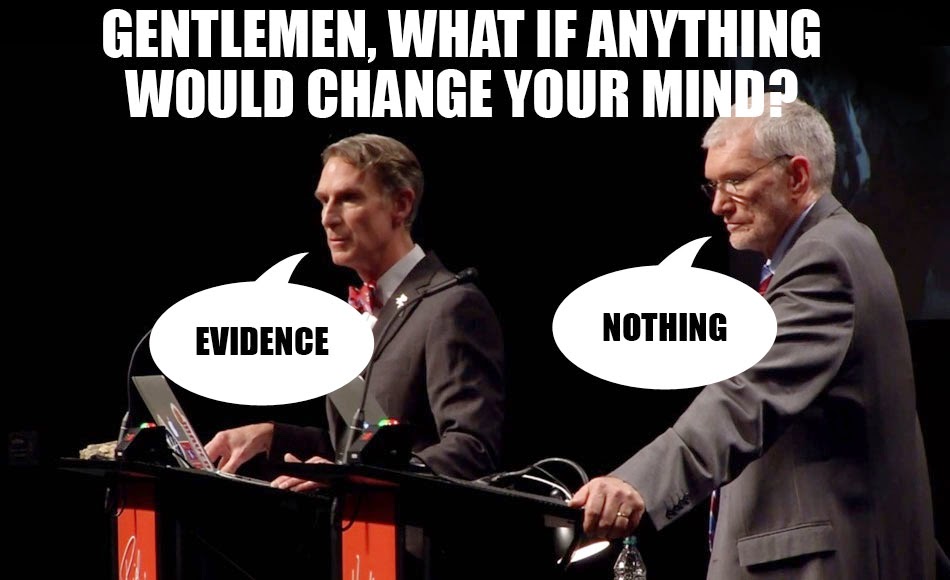 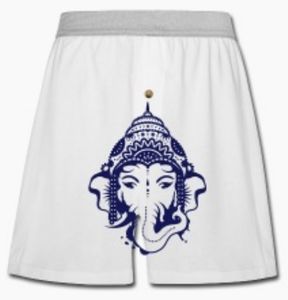 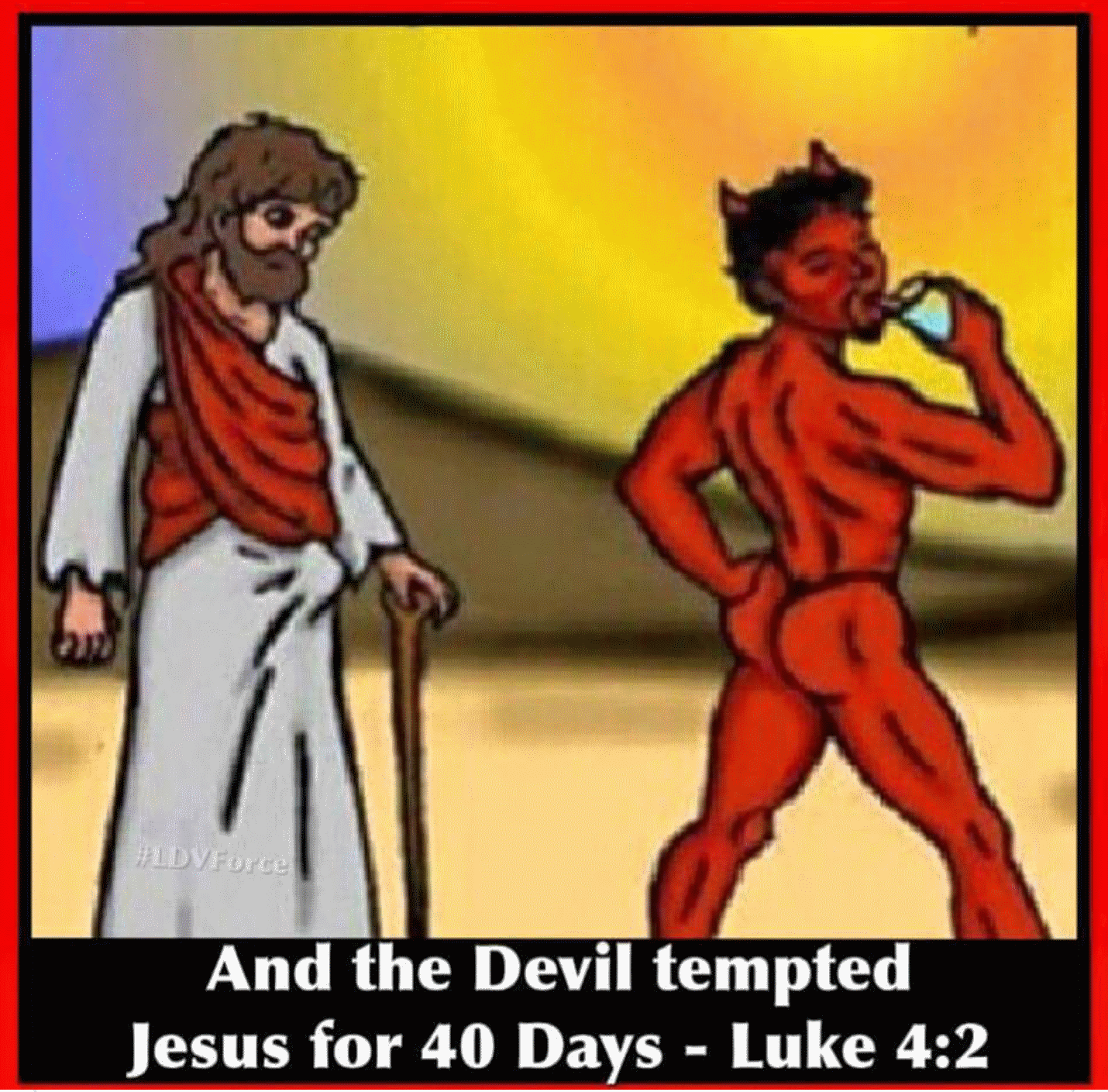 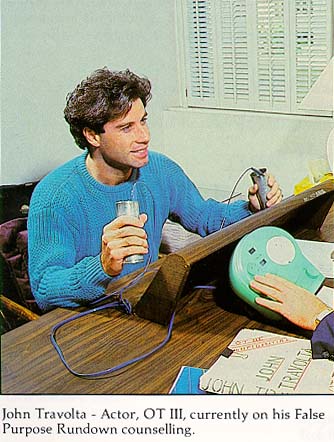 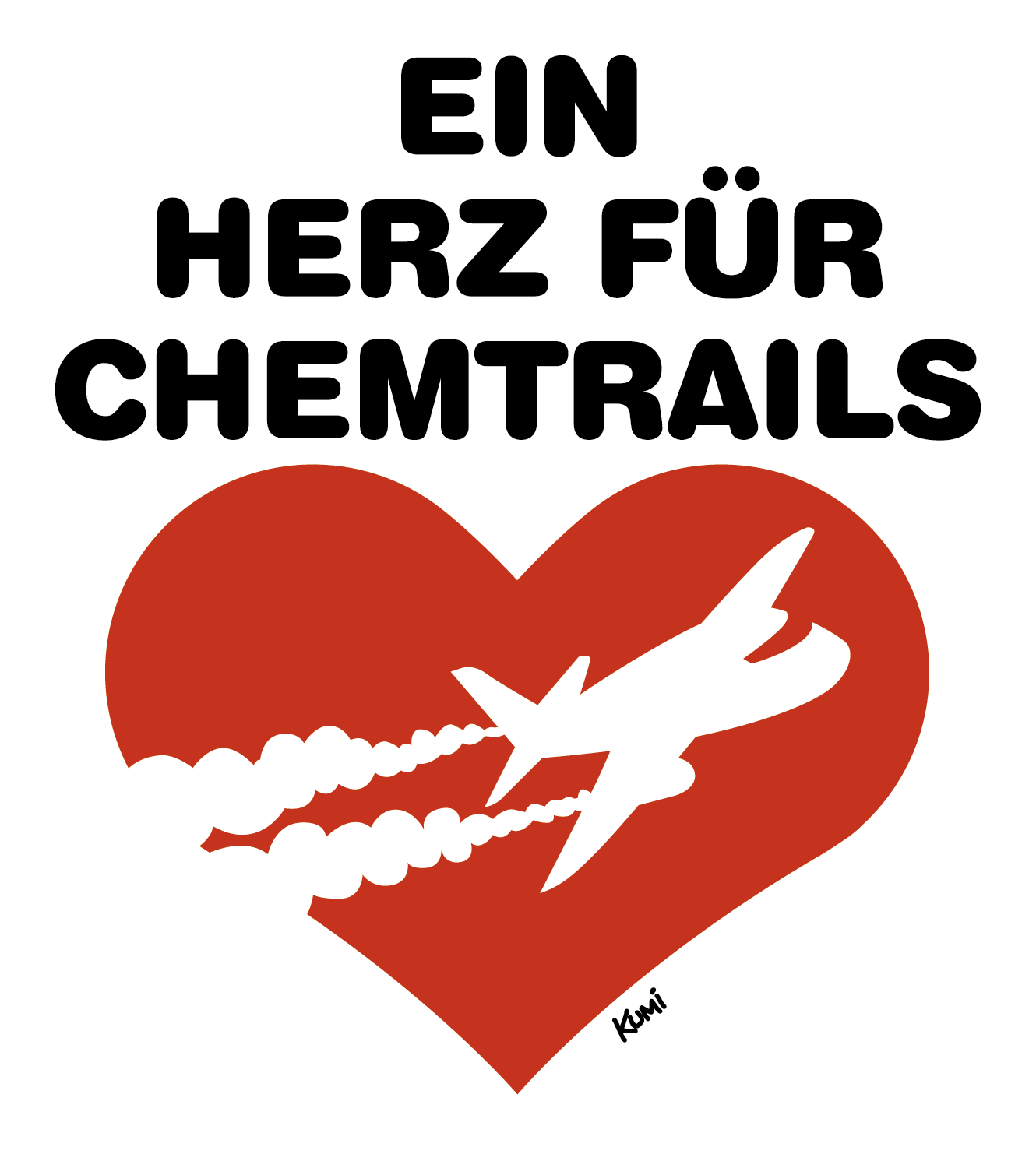 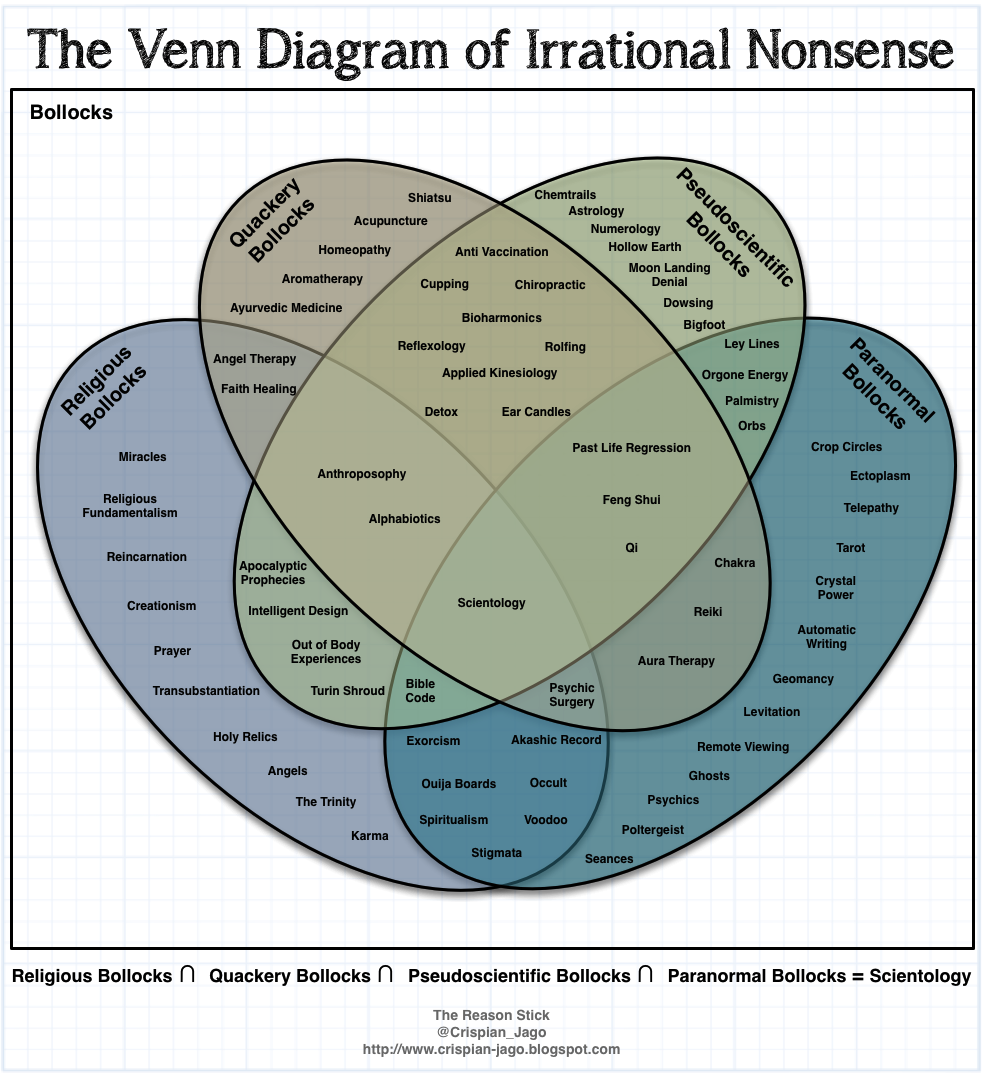 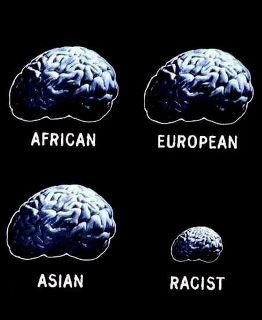 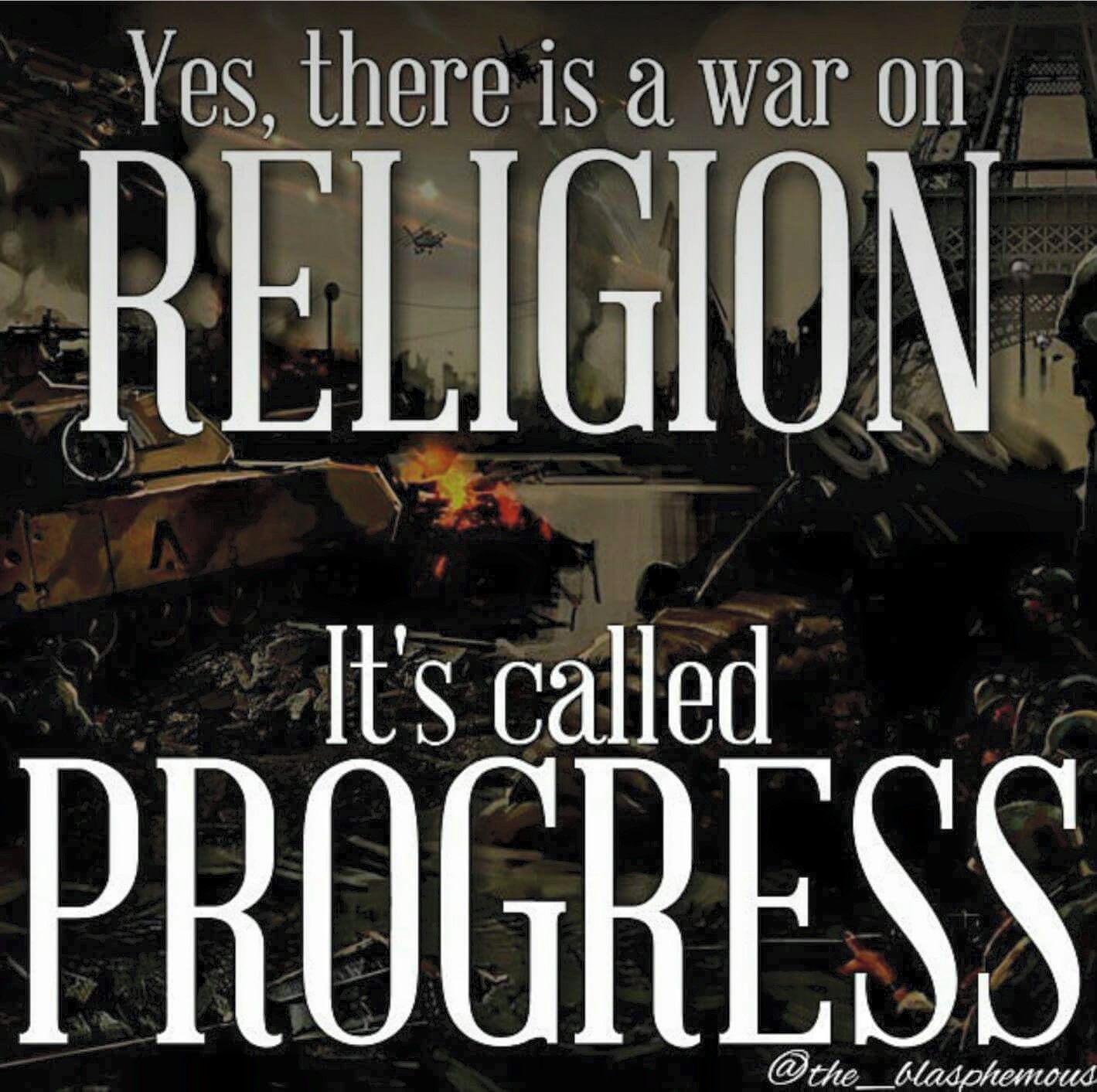 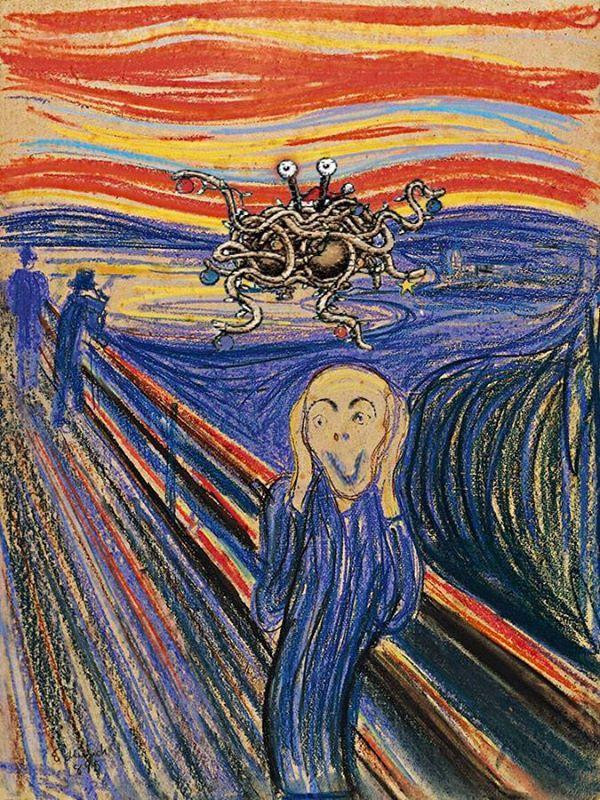 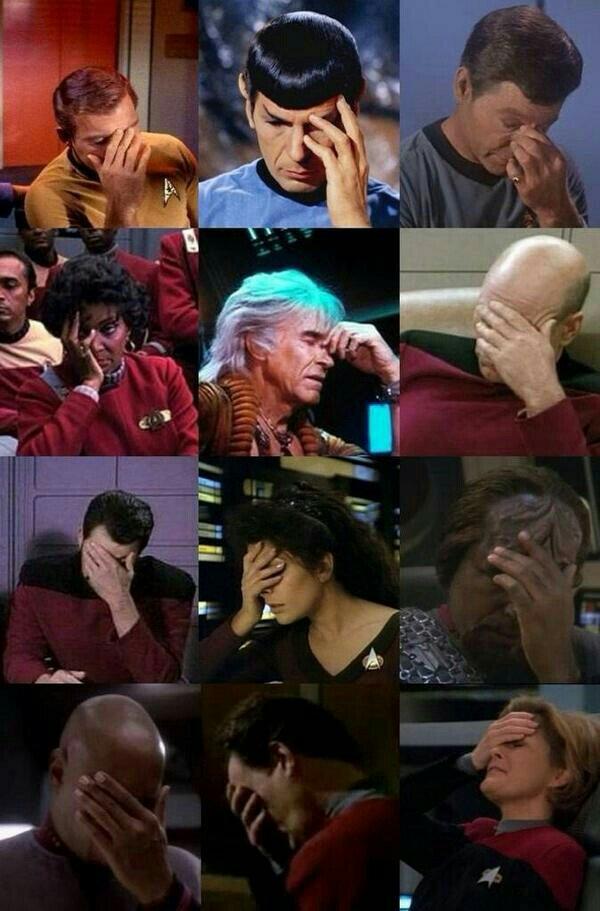 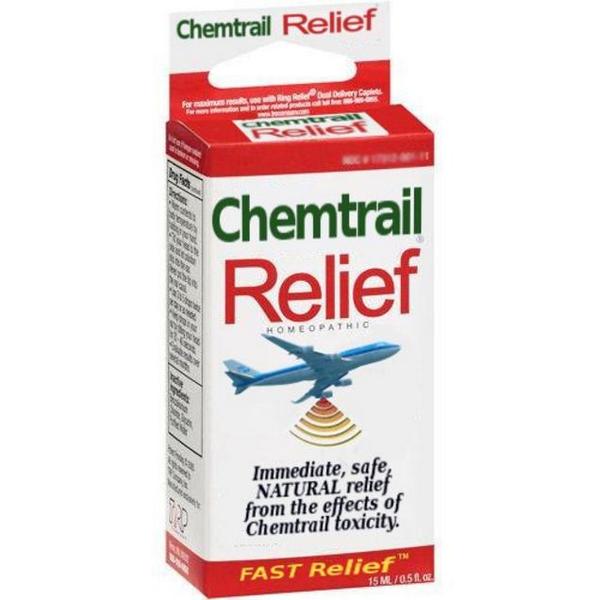 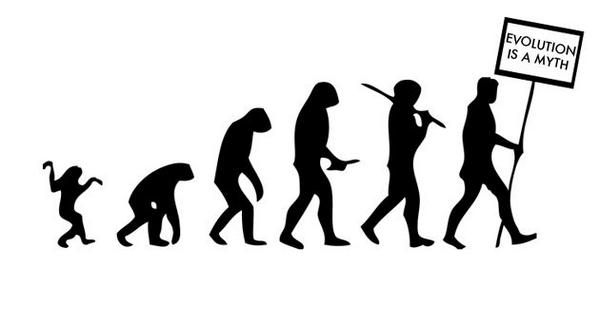 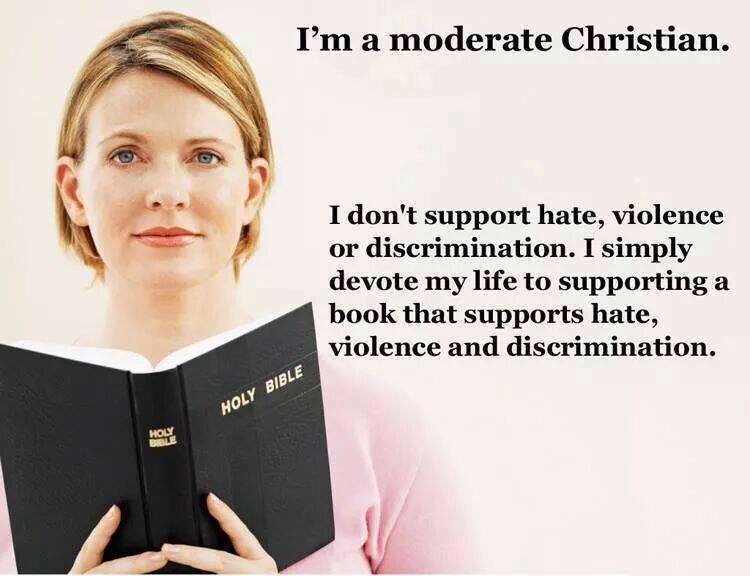 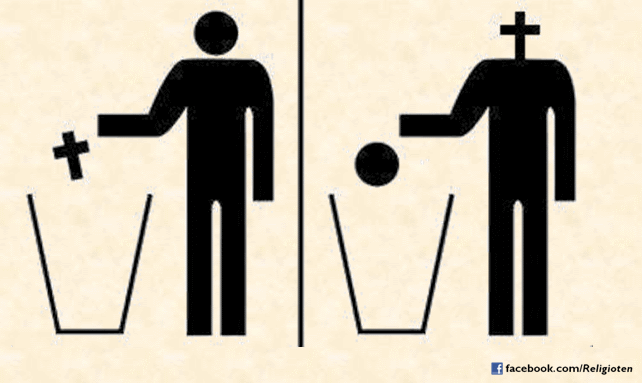 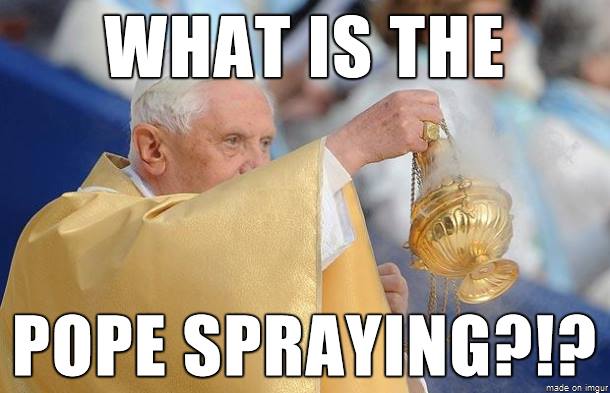 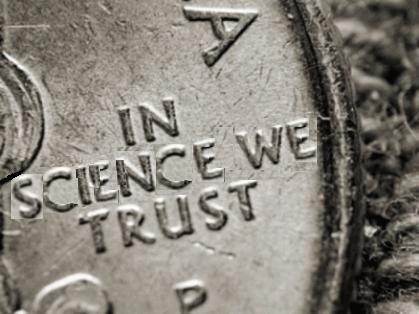 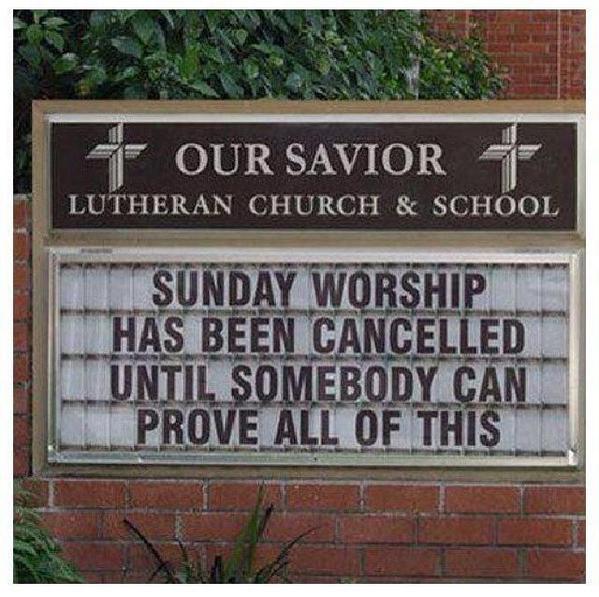 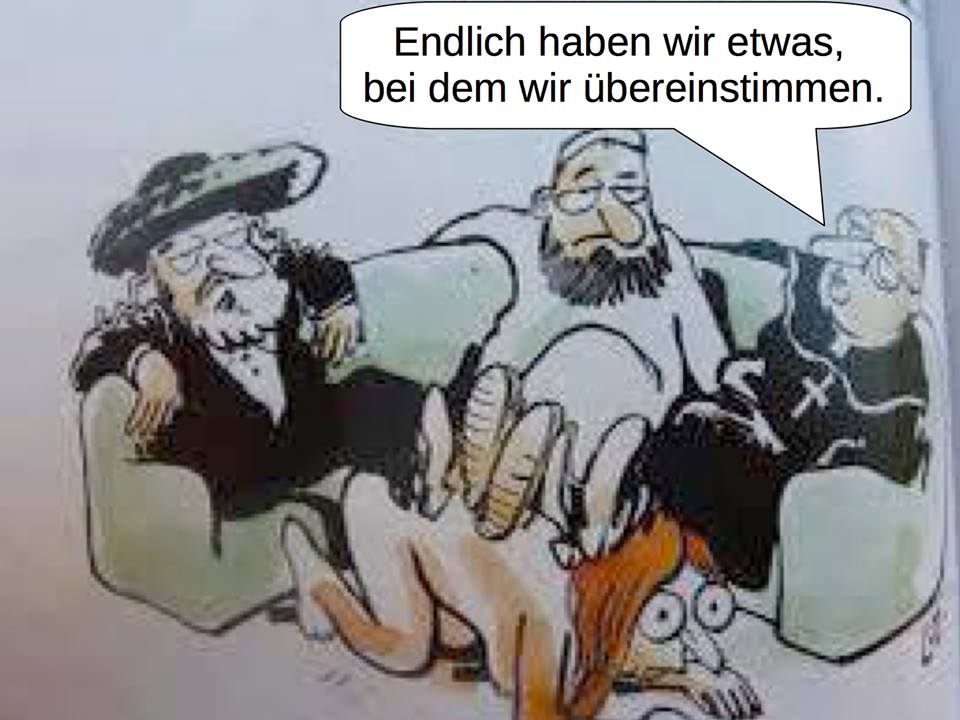 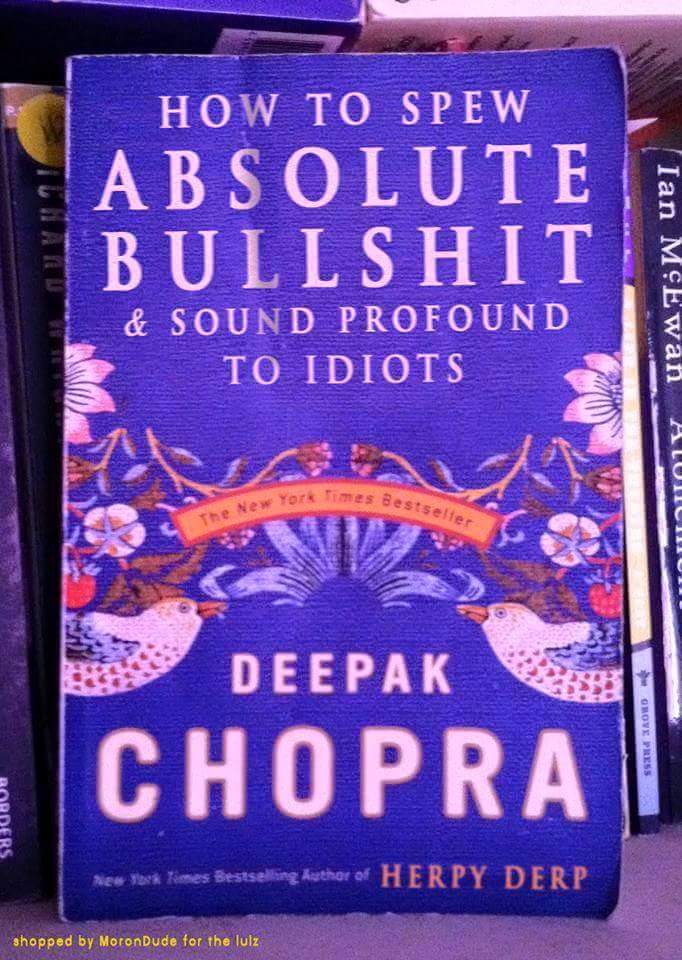 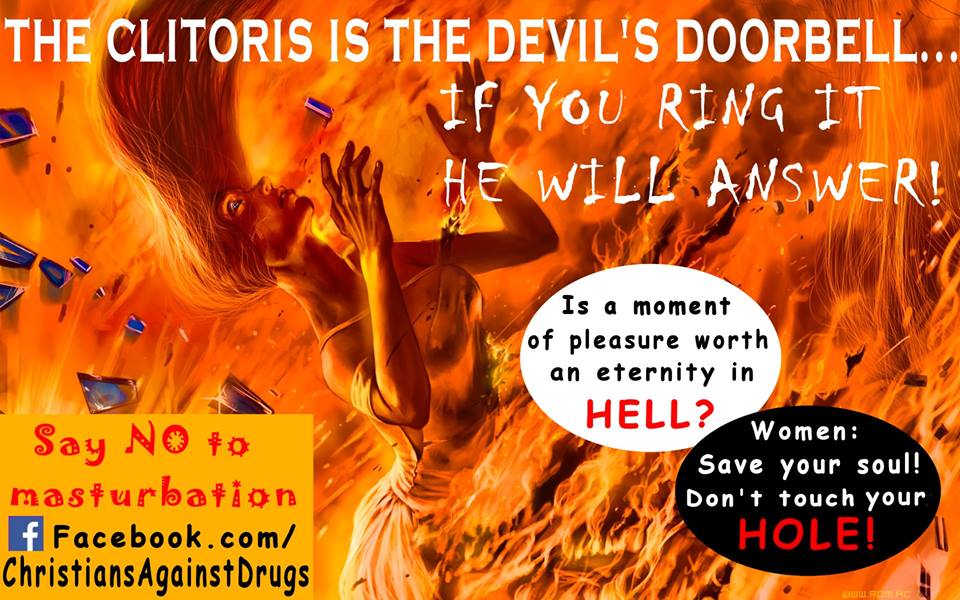